E-mail address has been found and a password reminder sent to your inbox.

Please check your email for confirmation and login details.

A World Of Remasters

THE BEST OF MODERN REMASTERS IN THE ILM CATALOGUE 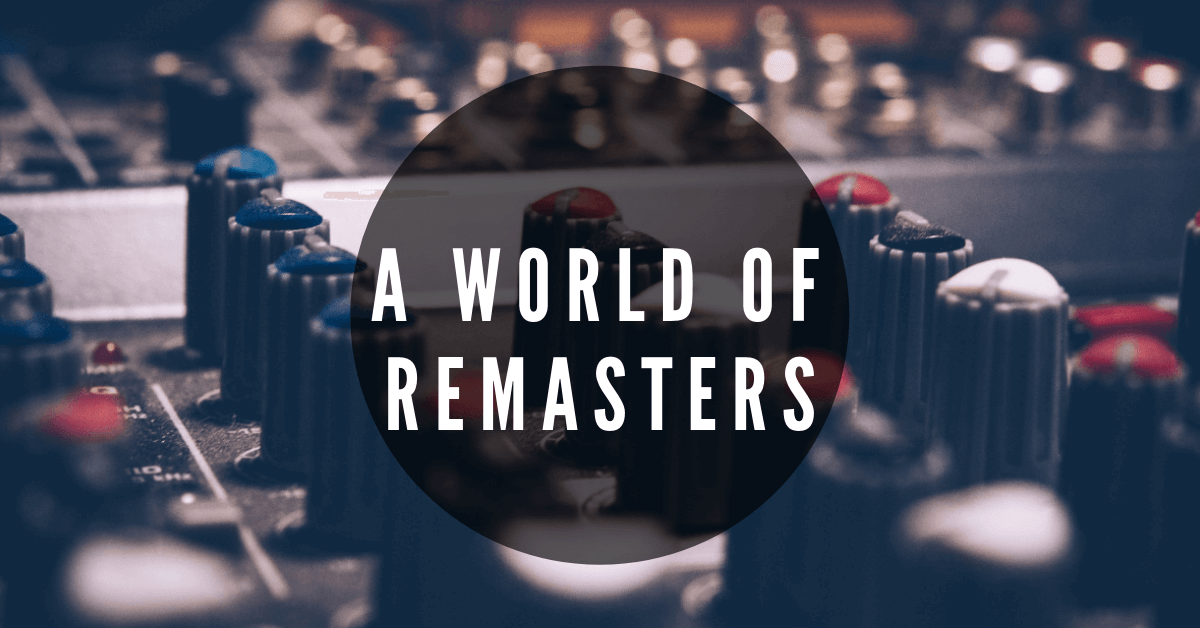 As digital technology continues to grow exponentially, the implications of this for sound quality in the music industry are far reaching.

The rapidly increasing capabilities of plug-ins and software packages to produce crystal clear audio not only continue to push the envelope, but also represent a commercial opportunity to draw archaic recordings out of the mud.

You can’t pass a week without hearing the announcement of a marquee acts back catalogue being remastered.

Here, we look at some of the finest examples available in the ILM commercial catalogue of this dark art put to its best use.

Crisp, attentive remaster that brings out the nuances of Prince’s magnum opus, finger snaps, string flourishes and all.

Bundled as part of this set is a bonus disc titled “From The Vault & Previously Unreleased”, full of intriguing jams, extended codas, and duets, all of which combines to breathe new life into a classic record.

A comprehensive, truly epic collection of everything Soft Cell ahead of the group’s final show at the O2.

There are an eye watering nine discs and a live DVD included here. All of the singles have been remastered through discs one and two, the end product bringing out all of the groups lurid watermarks.

Rather than just a straight remaster of classics however, the duo have interestingly used the third disc to explore “New Extended and Reworked Mixes”, enlisting modern production techniques to reimagine 12 tracks from their past.

Additionally, the group’s not altogether successful comeback album of 2002 has received a remaster that does it no disservice, making this a varied and thoughtful take on back catalogue remastering.

The first album this writer ever bought, The Song Remains The Same was a deeply confusing albeit often illuminating listening experience as a young would-be rocker.

Part of the confusion, 20-minute drum solos aside, emanated from its undeniable 70s whiff on the mixing front.

Thankfully, the 2018 remaster clears this side of things up, bass riffs becoming audible where they were previously engulfed by John Bonham’s bass drum, and plenty of punch audible throughout many of the bands classic tracks.

This freshening up does a great deal to highlight the finer points of Led Zeppelin’s onstage craft.

Perhaps curiously for the biggest pop group going, it wasn’t until 1987 that their legendary back catalogue made it onto CD; and somewhat ironically it took a further 22 years, towards the dusk of the CDs commercial life, for a full scale remaster project to hit the shelves.

Nonetheless, the 2009 remasters represent a fascinating document, one where on top of remastering the original mono mixes, these records make the jump from mono to stereo, thus providing an opportunity to compare the effect changes in music technology have on pieces of music heard millions of times in their original form.

Separation is clearer, crucial with songs built on dynamic harmonies, percussive effects are brighter and clearer, and the mixes most importantly didn’t clamour to be heard in the loudness war pervading audio at the time of this release.

A similar scale undertaking to The Beatles Mono and Stereo odyssey, Why Pink Floyd? charts all Pink Floyd albums from “The Piper at the Gates of Dawn” through to “The Division Bell”; a remastering project available as the “Discovery” set.

Unlike The Beatles, several of Floyd’s classic albums had been remastered numerous times previously, so the real discovery of this set lies in the more obscure albums not previously covered; the soundtrack records a particular beneficiary of 21st century treatment.

The results are dynamic and revitalising, bringing to bear tracks in the Floyd catalogue that are more than a match for their more well known counterparts.

Learn more about our remasters

This is just a small selection of the hundreds of expertly remastered records available in the I Like Music catalogue – albums that both showcase timeless classics with the best of modern technology, and bring lesser known gems to life.

For more, search our database for the best versions of your most treasured singles and albums.

Learn More About
Our Catalogue